Beautiful day for flying! Was hard to believe it was February! No wind and 70-degrees with sunny skies! Over 30 airplanes flew in to enjoy Plane Crazy Saturday, including a 5 ship compliment of Ercoupes! 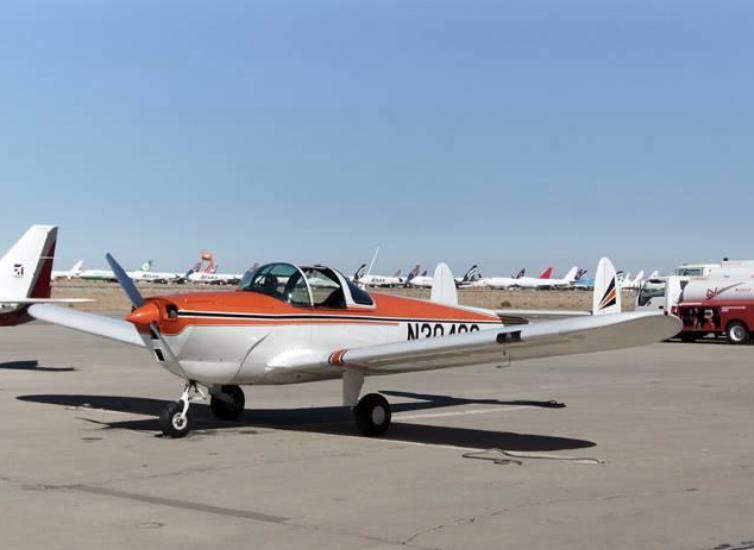 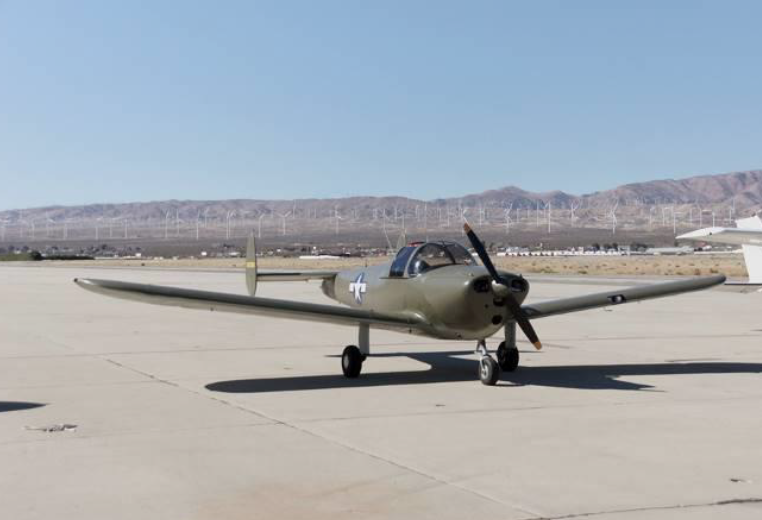 The original name was derived from the name of the company, ERCO, which stood for Engineering and Research Corporation. When later companies manufactured the plane, it was called the Aircoupe.

Designed by Fred Weick and a small team, the Ercoupe was the first plane to incorporate much of the original research that Weick performed as the assistant chief of the NACA aerodynamics division. 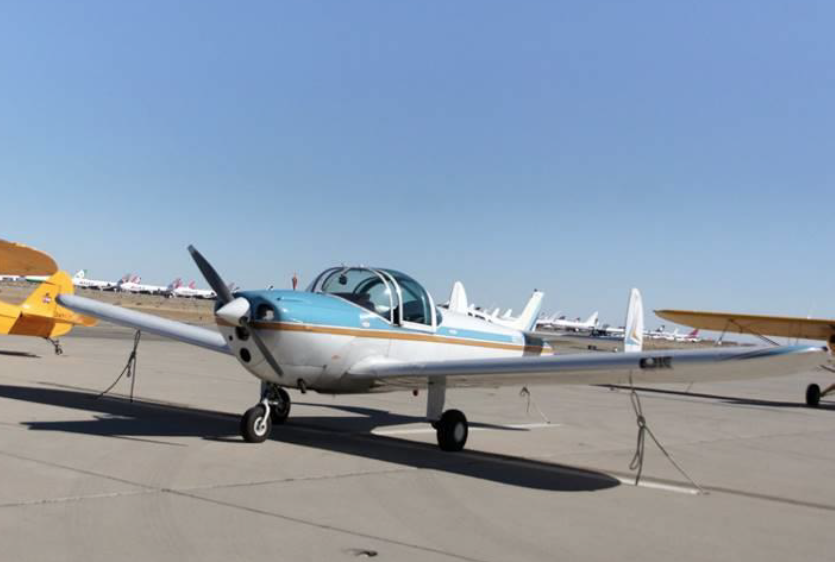 These new features include the inability to be held in a spin, the tricycle landing gear to improve landing and take-off safety, the wholly cowled engine, and a control system in which the rudders are linked to the ailerons to simplify controlling the airplane. All these features were invented by Fred Weick and his team. 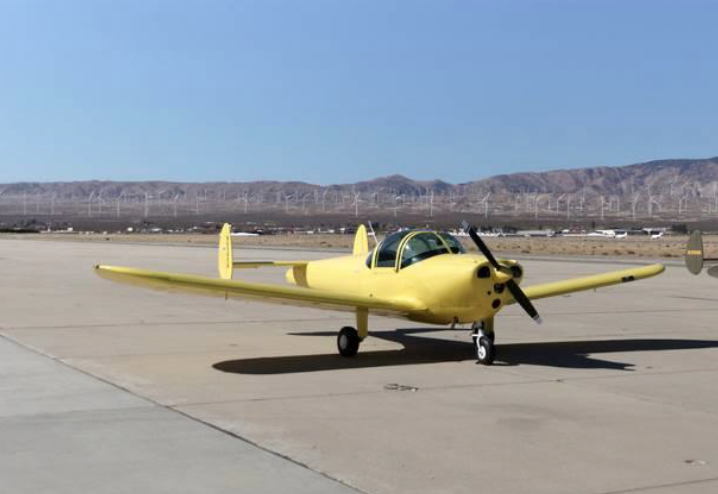 Fred Weick’s design goals for this aircraft were simplicity of control and safety. He built in great visibility and ground handling. For safety, the elevator deflection of 13 degrees made stalls nearly impossible. Turning the control wheel operated nose wheel steering, ailerons and proportional rudder for coordinated turns.

This 1948 Navion taxied up to the fuel pump at Plane Crazy. Based here at Mojave for now, but its home is normally in Texas. 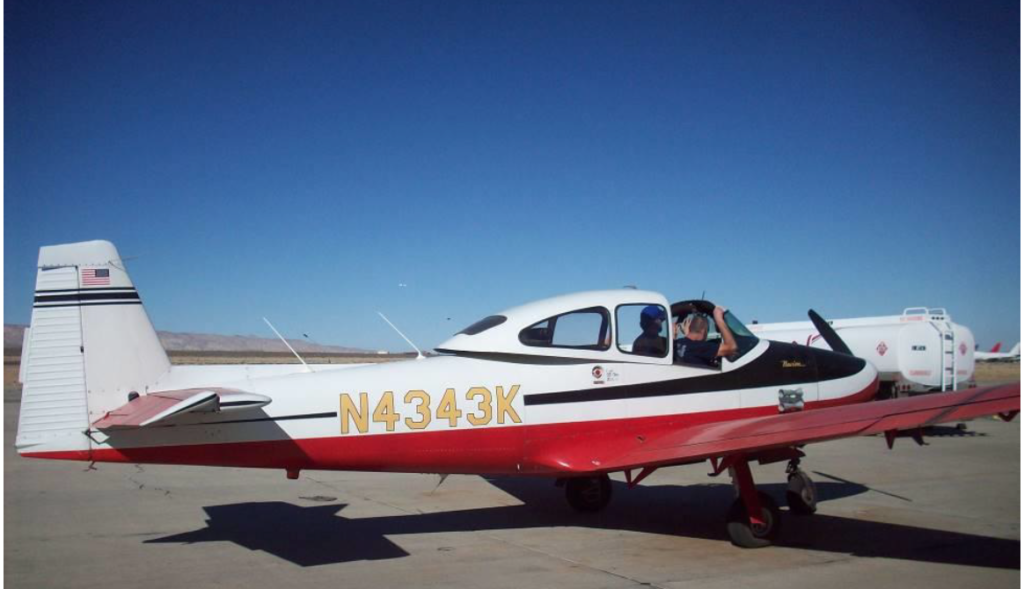 Ryan acquired design and manufacturing rights to the Navion from North American Aviation. It was used by the military from the late 1940s through the early 1960s for liaison, reconnaissance, personnel, and light cargo-carrying missions.

When WWII ended, the North American production facilities that had been pumping out P-51 Mustangs, B-25 Mitchell bombers and T-6 Texan trainers were suddenly pumping nothing, which North American quickly changed by activating the four-place 185hp NA-145 “Navion” monoplane design for the civilian market.

Look at this beauty! A 1946 Globe Swift owned by Jared Smith of Huntington Beach. The Swift was designed by R.S. “Pop” Johnson in 1940. The design was financially secured by John Kennedy, president of the Globe Medicine Company, to be built by his new Globe Aircraft Company.

World War II interrupted their plans, however, and the 85 hp GC-1A Swift advertised as the “All Metal Swift” re-designed by K.H. “Bud” Knox, received its type certificate after the war, on May 7, 1946.

This two-place, retractable gear aircraft is a rare classic!

Mr. Smith’s Swift has a six cylinder, C125 Continental engine and is absolutely stunning! We even had a 1977 Cessna 177B registered in Canada visit the airport. 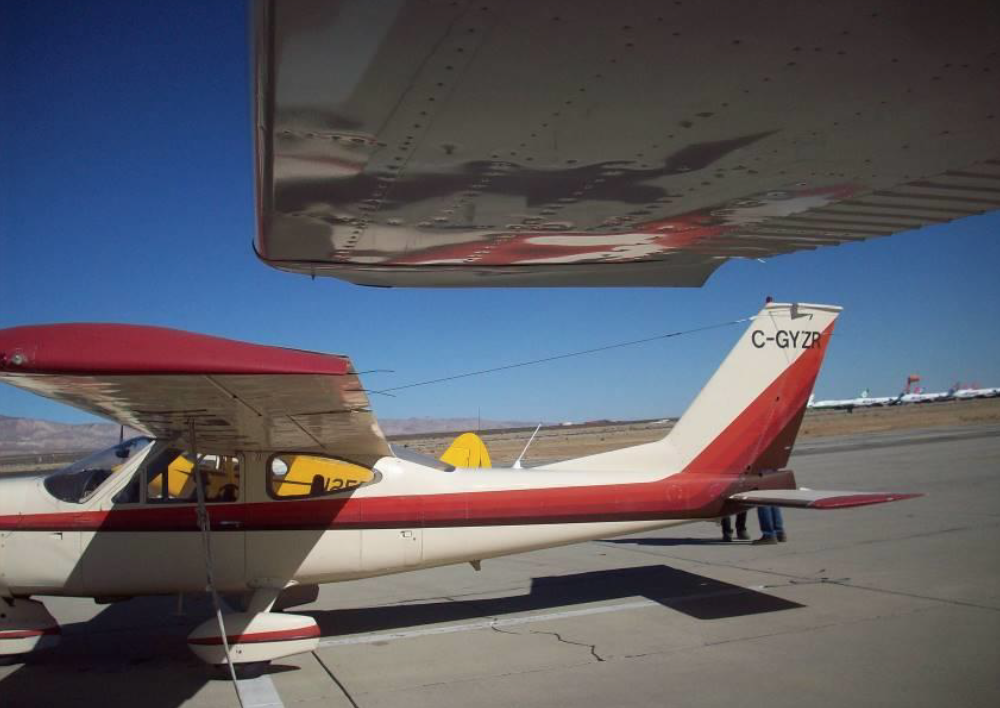 Two Piper’s were on the flightline! A 1939 J-3 Cub, owned by John Tumilowicz of Tehachapi and a 1979 Piper PA-18 Super Cub with a 180 hp Lycoming engine, owned by Bruce Busch of Cerritos. 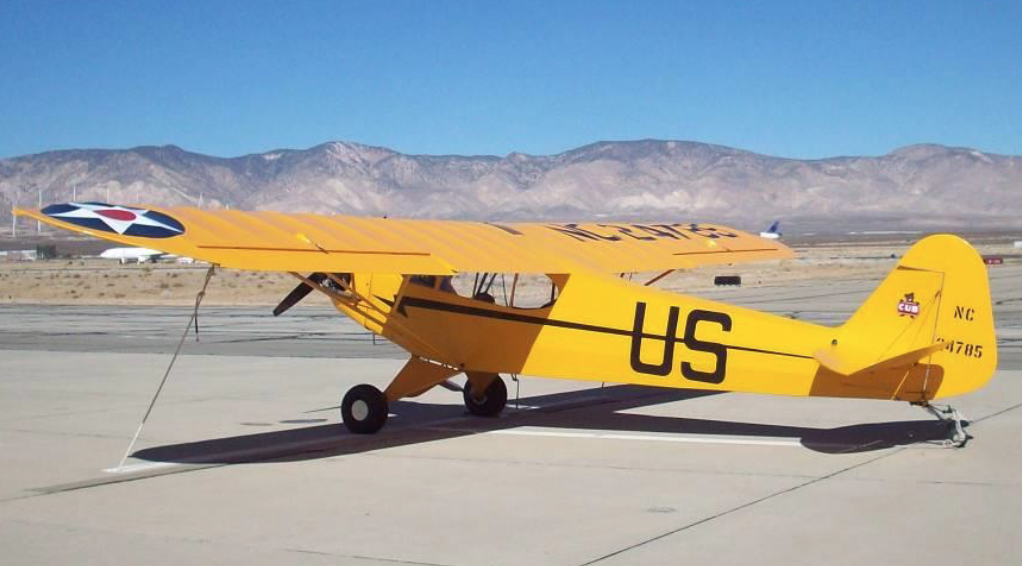 Back row of aircraft has a nice mix of Cessna’s and Piper products.

There were visitors from Miramar Naval Air Station too! Love to hear the Super Hornets when they take off! Wonderful sound of freedom! 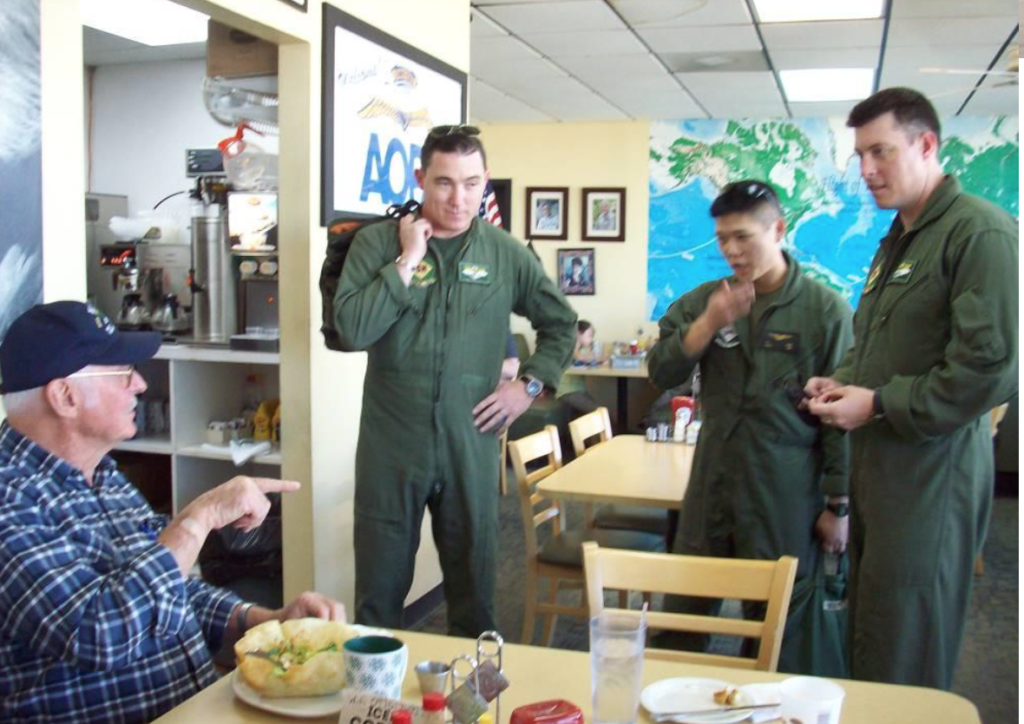 A graduating senior from Mojave Jr-Sr High School was happy to meet famous aviator who flew around the world non-stop and unrefueled in Voyager, Dick Rutan. 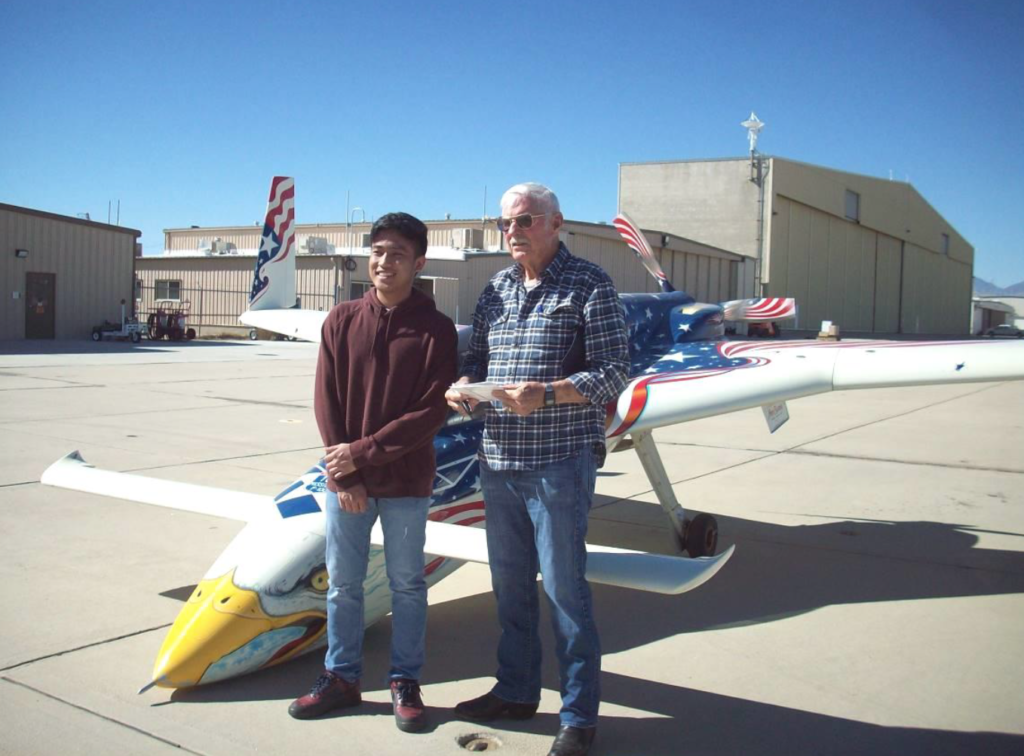 The original Voyager, designed by Burt Rutan and built at Mojave Airport, hangs in the National Air & Space Museum in Washington D. C. Voyager and its crew of Dick Rutan and Jeana Yeager, took-off from Edwards Air Force Base at 8:01 a.m. December 14, 1986, and flew west 26,366 statute miles. On December 23, nine days, three minutes and 44 seconds later, Voyager landed at Edwards. The flight was the first successful circumnavigation of the planet, non-stop, and non-refueled.

Speaker for Plane Crazy Saturday was Bill Guoan, master modeler, who builds finely detailed aircraft and spacecraft models from scratch. He takes precision and perfection to a whole new level! 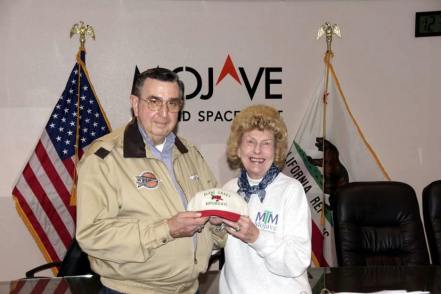 You wouldn’t believe the materials he uses in building his magnificent models. Things you have in the house and may use every day become exquisitely and meticulously constructed scaled models. 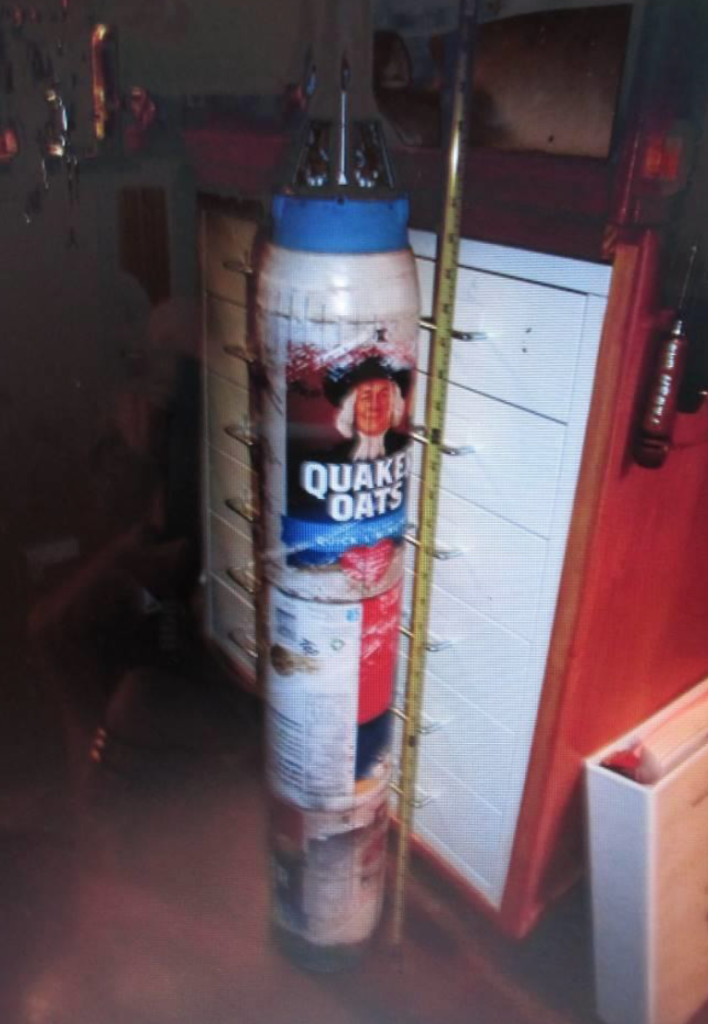 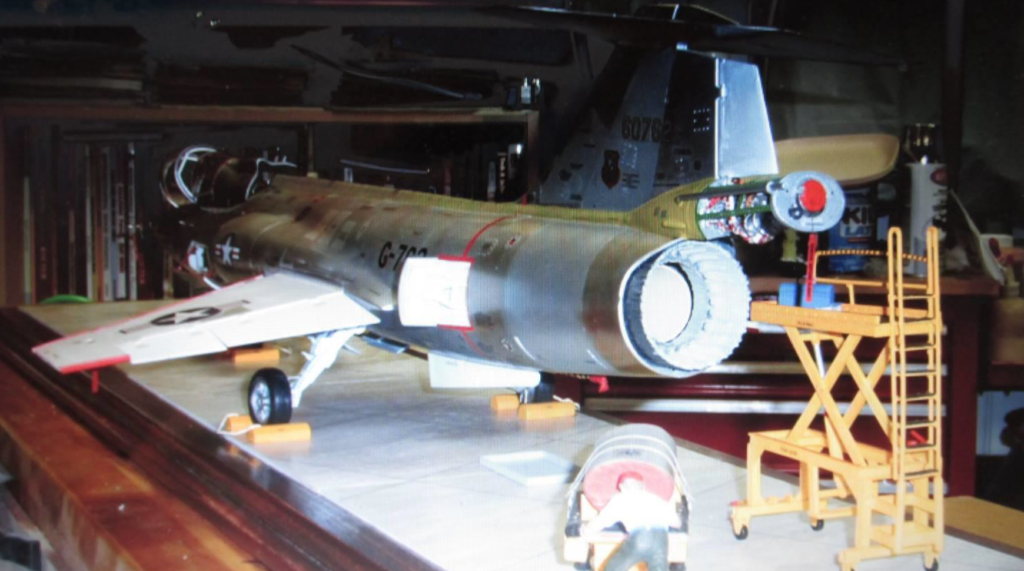 Boeing X-20A Dyna-Soar (“Dynamic Soarer”) was a United States Air Force (USAF) program to develop a spaceplane that could be used for a variety of military missions, including aerial reconnaissance, bombing, space rescue, satellite maintenance, and as a space interceptor to sabotage enemy satellites. The program ran from October 24, 1957 to December 10, 1963 but was cancelled just after spacecraft construction had begun. 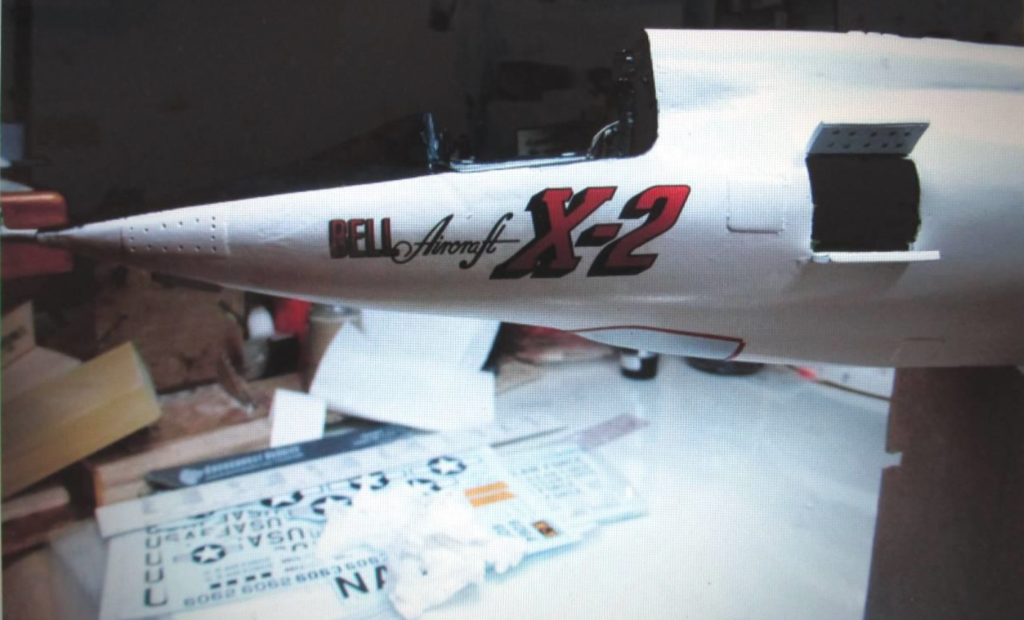 Mr. William H. Guoan, is a retired US Air Force Officer having served his country for 25 years active duty. Upon retirement from the US Air Force, Mr. Guoan joined Northrop Grumman Corporation as a Flight Test Engineer.

His engineering assignments involved working with the design teams to design and develop Flight Test Instrumentation systems for the B-2A Advance Technology Bomber. As a result of his Flight Test experience in the USAF, Mr. Guoan, was reassigned as a Mission Test Director / Flight Crew assigned to a specially configured US Air Force NKC-135A, Avionics Flying Test Bed.

He retired from Northrop after 20 years of dedicated service to the company. Following his retirement from Northrop, Mr. Guoan, joined the Lockheed Martin team as Communications Navigation Engineer assigned to the F/A-22 Combined Test Force (CTF). His assignments involved flight testing the F/A-22’s advanced radar/navigation avionics systems. Mr. Guoan worked for Lockheed Martin until his final retirement in 2006. Mr. Guoan, holds a Post Graduate degree in Aerospace Engineering, and is an Associate Fellow in the American Institute of Aeronautics and Astronautics (AIAA), a Senior Member in the Society of Aerospace Engineers (SAE), and a Senior Member in the Society of Flight Test Engineers (SFTE).

Mr. Guoan, has authored two books, (Pathway to the Stars and Little Boys with Big Ideas) both of which were written for college level students interested in becoming Aeronautical and Aircraft Design Engineers.

His model aircraft and spacecraft are on permanent display at the USAF Test Pilot School, Edwards Air Force Base, CA.

Thank you Ron Langford at MASP for always helping with tables, chairs and opening the board room! Thank you Bill Deaver, Steve Rushford, Ursula Finkbeiner, Sally Kendall and Julia Pengilley for helping our visitors at the MTM table.

Was wonderful to see Rebecca & Zach Reeder at Plane Crazy with their new baby daughter, Zoe! Such a beautiful baby girl!